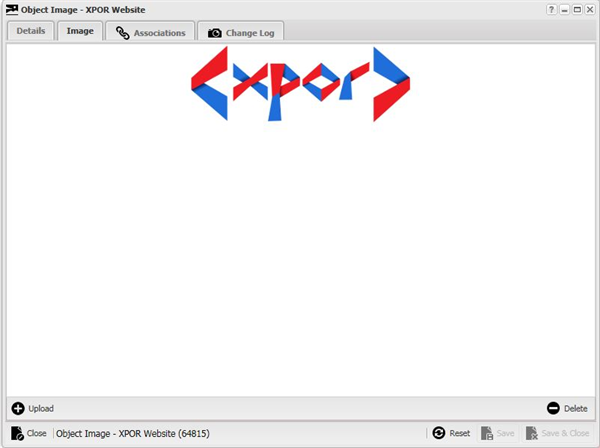 This is essentially an Object Image tab and functions exactly the same. You can upload the image you choose using the upload button and delete the image using the delete button. Once an image has been deleted a new one can be uploaded if you want. The image is presented in the tab at its pixel size so you can see how it would appear on a web page. An Image object can be used in several places including the Object Image tab of another Object or in a text box on the front of the website.