We use the word "Control" in XPOR to describe the features that do things on Forms.  For example, a Button will do something.  Buttons have to be configured, with Action Designer, to do something.  Other controls are specifically configured to handle data and perform configurable actions.  All of this is enabled with XPOR Object Modeller.

Controls are added to Forms, with a drag / drop interface.  The attached video demonstrates just how easy it is to add controls to Forms, configure then and how they work on the front of a website.

Each Control type is explained in its' own Help Resource.

The construction of Forms, in XPOR object Modeller, has three necessary layers.

Firstly there is the Form.  You can add more than one Form to a form (!) in which case each Form is displayed as a Tab on the overall Form.  Hence we group the form types under a heading "Tab Types". 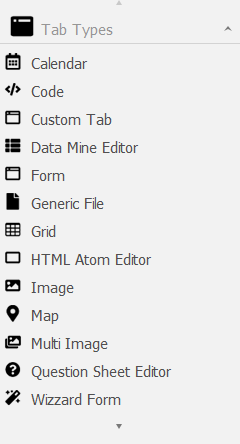 Secondly there are the boxes on a form that you position your display items inside.  These boxes don't do anything, other than allow you to create discrete sections on a form, each section containing the things you want to display.  Hence we group these boxes under a Heading "Containers". 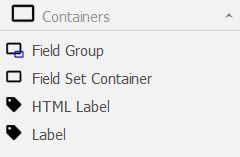 Thirdly, there are the actual "controls".

In XPOR we have a lot, ranging from Date Fields, Object pickers, drop downs etc. All of these controls are listed under a heading "Controls"

The Form interface in Object Modeller allows you to drag Forms / Containers / Controls onto a panel, in the required order.  The Tab Types dragged onto the Form below were two Forms, one Grid and one Map.  Field Set Containers were then added onto the Forms (they can't work on the Grid and Map Controls).  Controls were then added to the two Forms - as can be seen below. 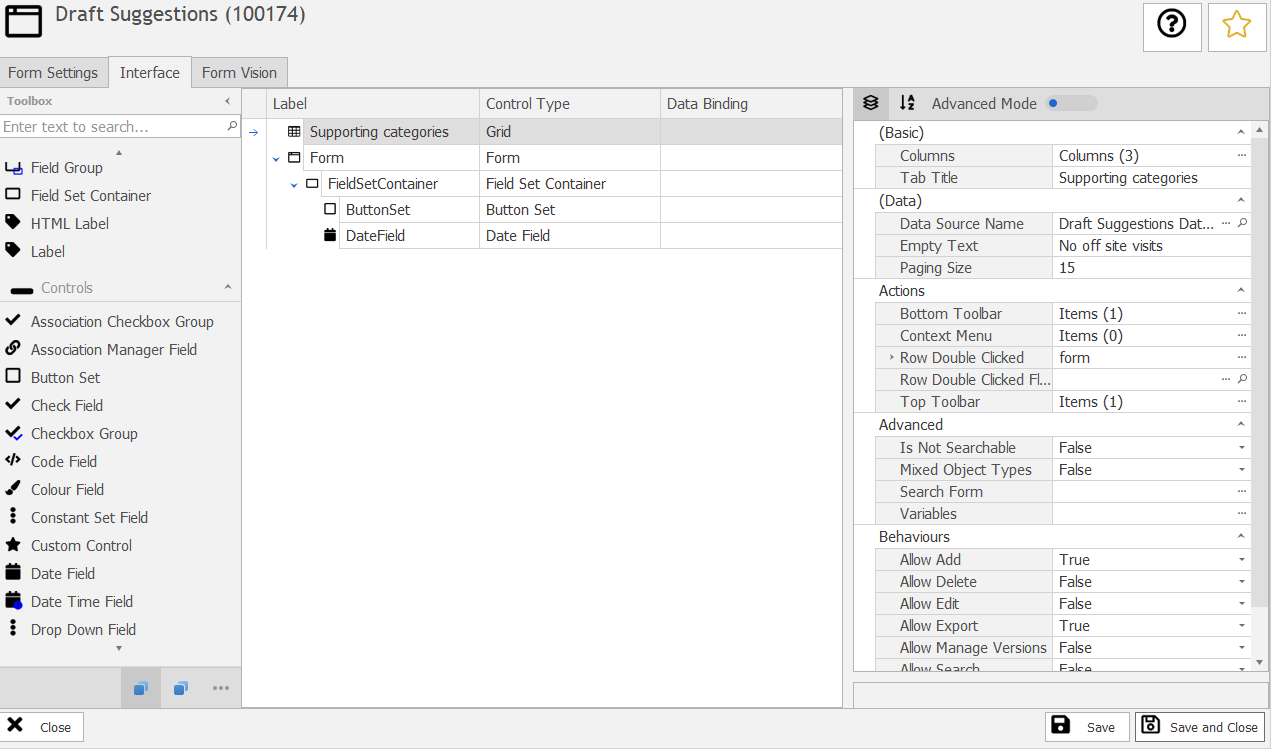 The controls were not bound to any objects properties, nor configured.  This is all demonstrated in the individual Control Help Resources.