Your XPOR web service will interact with your Users in a number of different ways.  This Help Resource looks at the ability to use Buttons on grids and double click functions on Grid Rows and Cells.You can add the ability to make changes to your system, such as Add new objects, delete objects, change object properties and associations to other objects.  These changes can be initiated through automated "knock-on" effects or by clicking buttons / Rows / Cells.  This facility is provided in Object Modeller, through the Action Designer interface.

Grid forms are a popular way of presenting data to Users.  And Users can interact with them by double-clicking a selected grid row.  If the grid has been configured to do something, via the Action Designer, then the User will continue their journey.  For example, double-clicking a row may open the selected object editor form - to view details of that Object.  In the example below, double-clicking the listed report opens the Reports Object Editor form, showing its abstract, reference, cost etc. 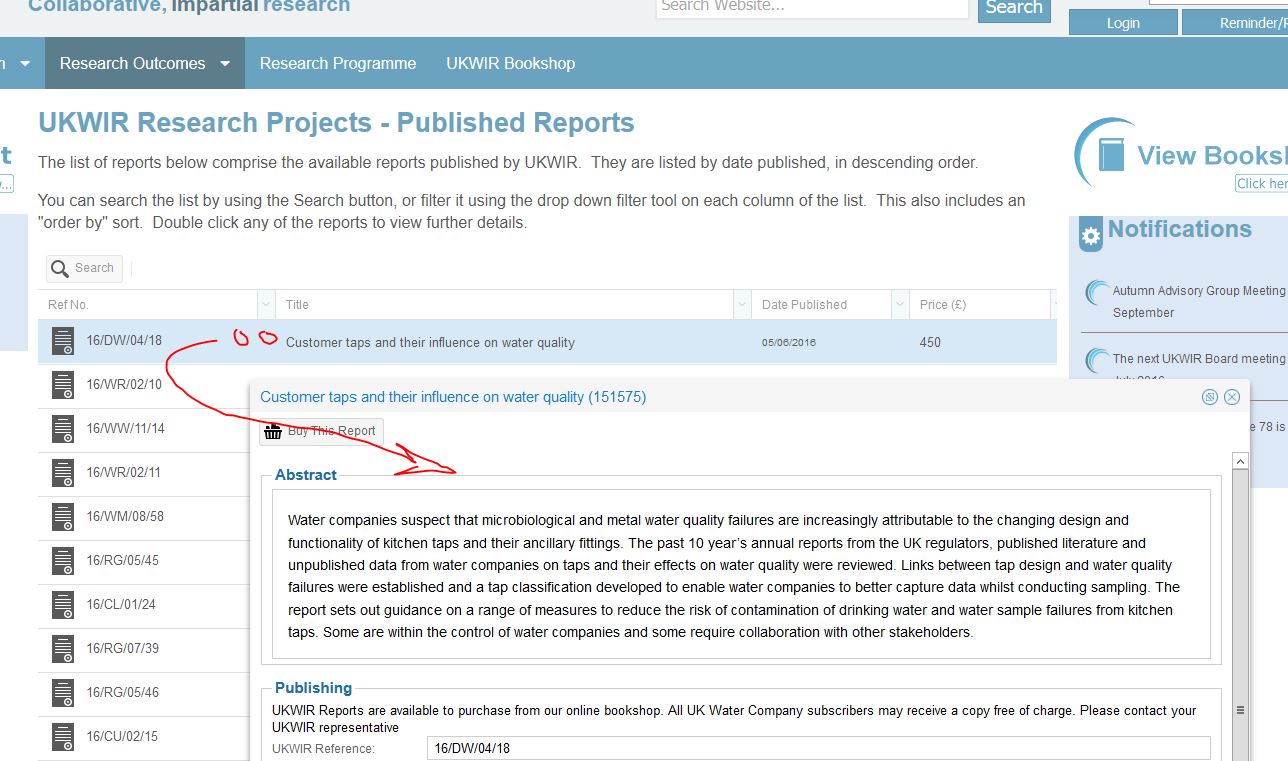 Or the double click may be set to open another grid, listing out components or ??? of the selected object.  In the example below we are double clicking a Row, listing out "Sites" - to view the various Schemes that are running on that Site; 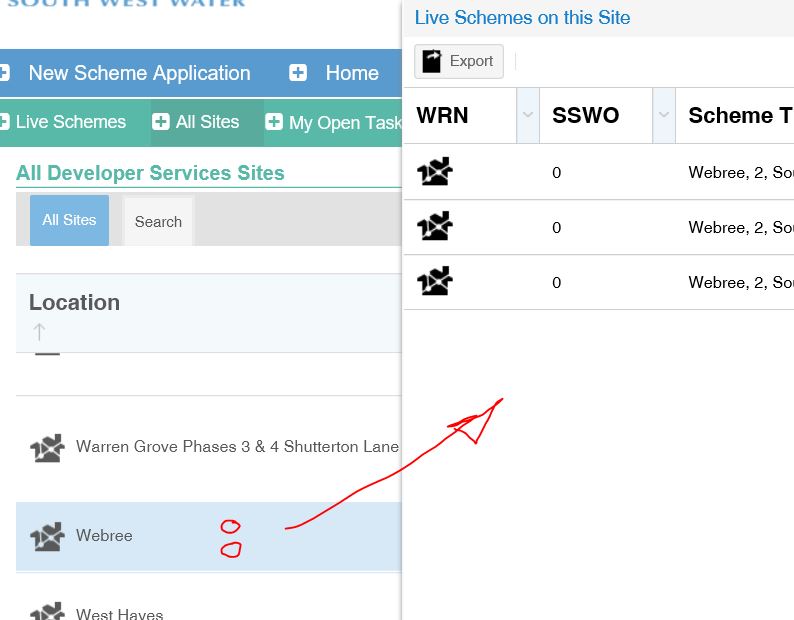 The Row double-clicked action is set in Object Modeller, on the Grid Form configuration form; 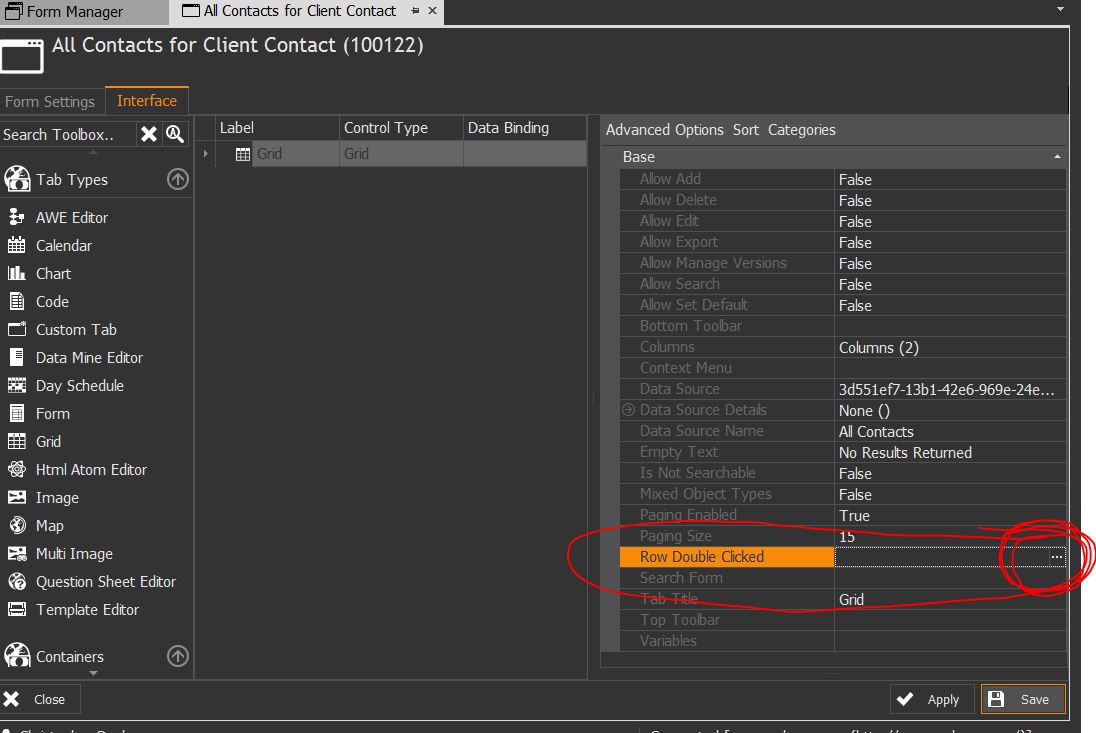 Clicking the '...' icon will open the Action Designer, where the double click action is configured, with other click through options also possible (see below)

Similar to Row double-clicked, the XPOR grids are also aware of individual cells being clicked. In the example below we are double-clicking an icon in a Grid cell, to open a second Grid, listing out further details; 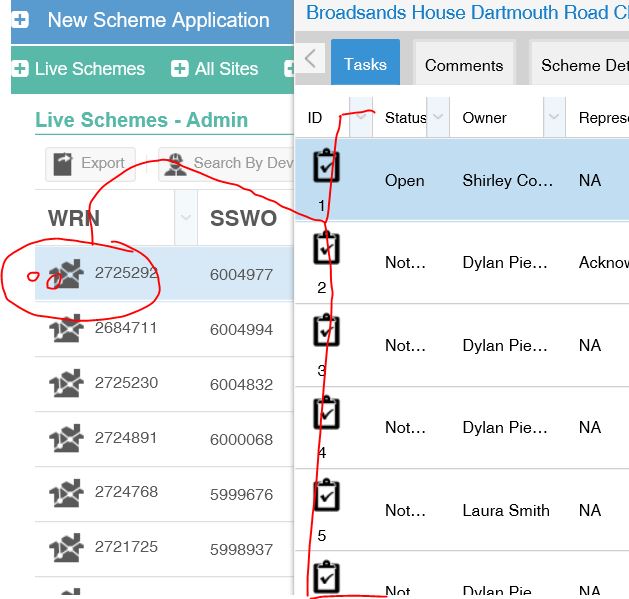 Setting the Cell double-clicked action is performed in Object Modeller.  First you must open the Column (cell) concerned and then click the Cell Double-clciked ... to open Action Designer and configure the action. 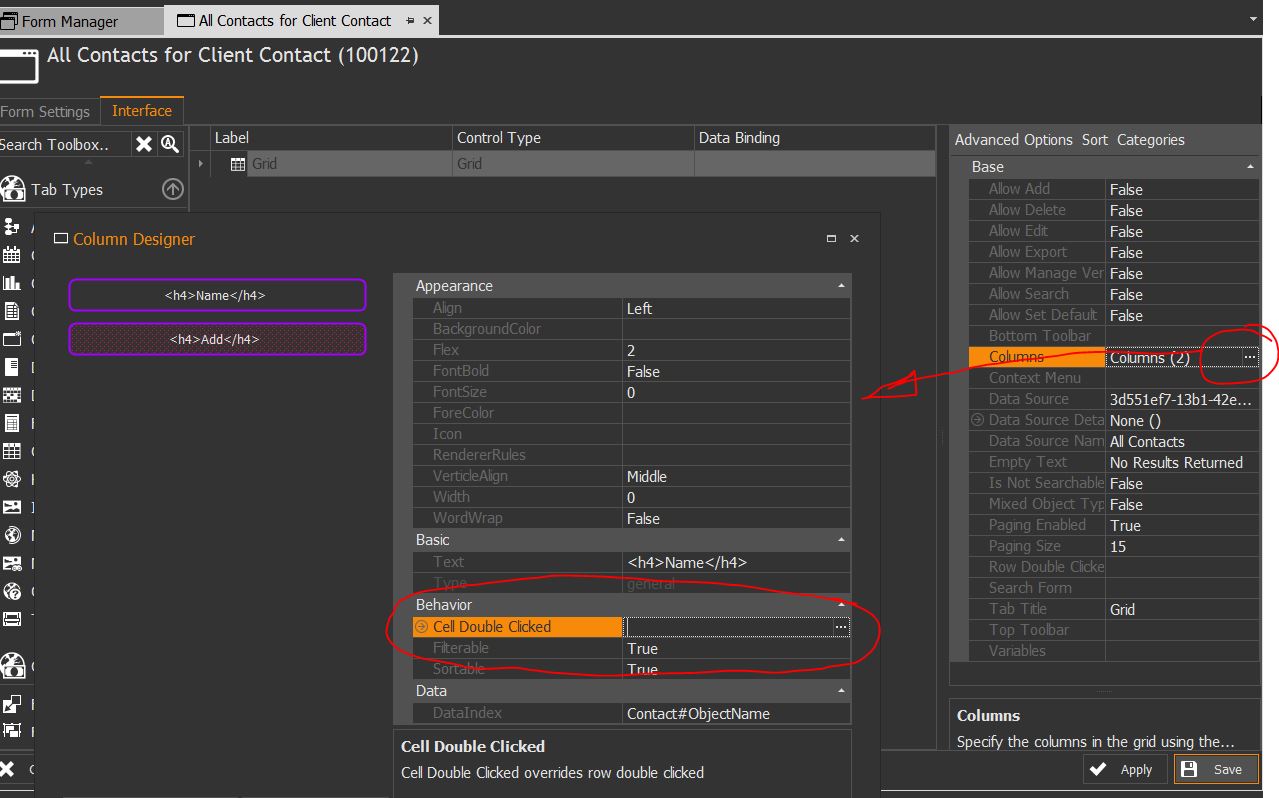 Clicking a Button is expected to do something!  In XPOR buttons can be placed on Grids and Object Editor Forms, either on the Top or Bottom toolbars.  In the example below we have a button on the Top Toolbar, which opens another website; 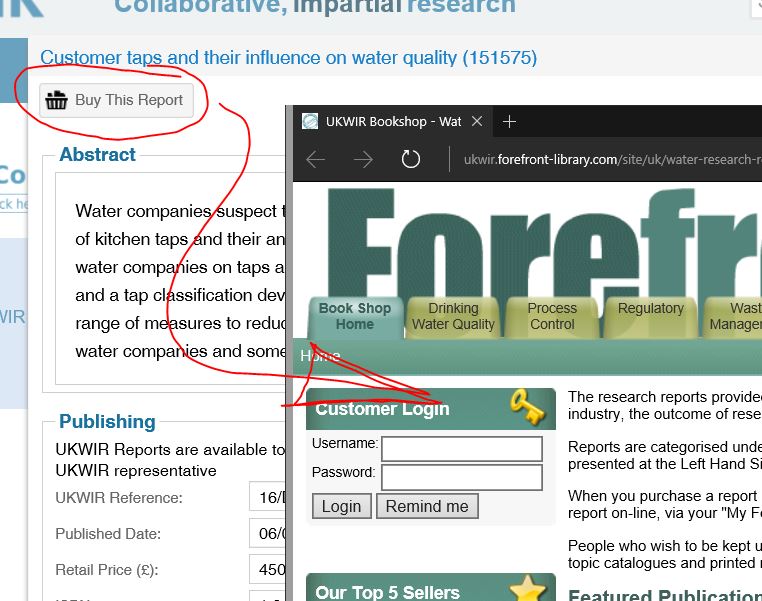 These Buttons are added on the Top Toolbar of a Form, using Object Modeller.  In the screenshot below we are adding a button onto the top toolbar of a Grid Form. 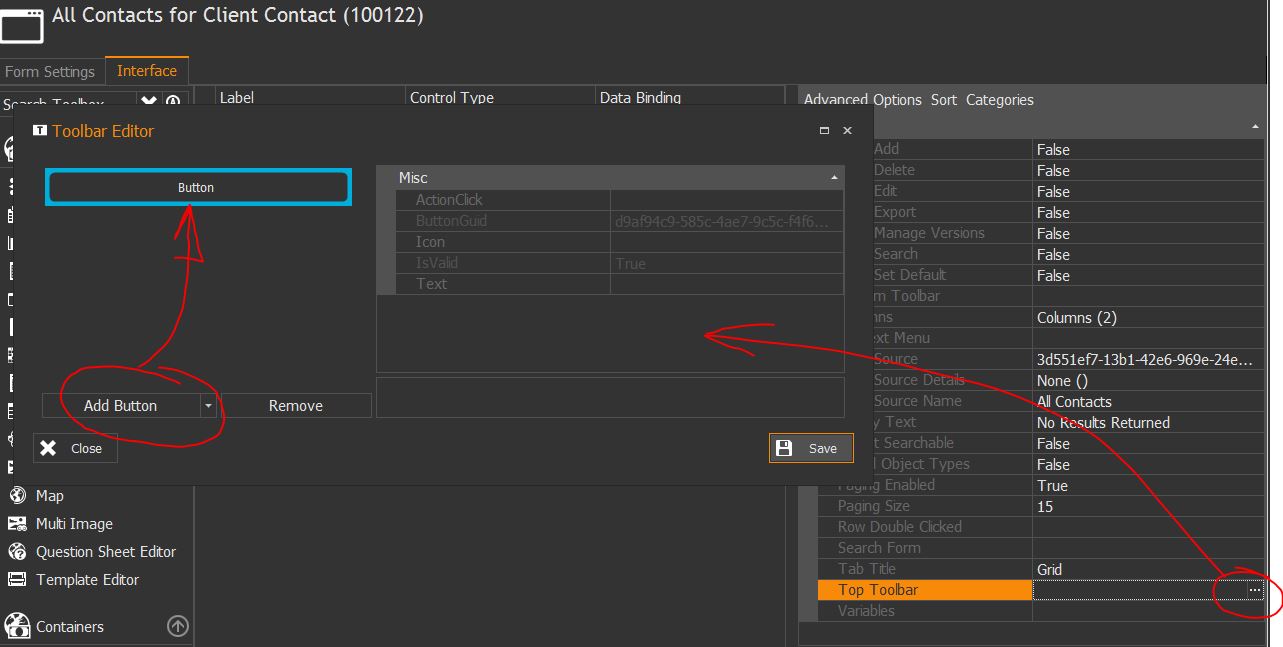 This open a second form, where we can add / edit buttons - which itself leads into the Action Designer.

We have seen that there are a number of different ways of coming to the Action Designer function in Object Modeller. The tool is demonstrated on the attached video - which best demonstrates the principals to using it.  The following list explains some details concerning the various action types;

What will be actioned by Action Designer - and why?

Action designer will enable any of the Actions listed below - but only one.  If the User clicks a button, for example, Action Designer rule are followed and one thing is done - e.g. open a Form, or run a Custom Function or ...

Action designer will "know" what was clicked to commence the Action.  For example, if a Row was double clicked on a Grid, the subsequent action will "know" the Object Id concerned and can therefore open a Form, using that Object ID - perhaps showing more details of the object that was clicked?

You can configure what is held on the "marked card" on the thing that was clicked.  For example, if the thing clicked was a Grid Row, then XPOR looks at the Data Source for that Grid and records the properties that were set as the "Key Field" and "Display Field" on that Data Source.  Usually these are set as the ObjectType#ObjectID - the unique identifier of the object being clicked and the ObjectType#ObjectName.  But you can configure this differently, if you need to.

Having obtained "what has been clicked" on the "Marked Card", Action designer will then need to know what to do with this?  These options are discussed in more detail below but as an introduction / example, Action Designer may open a form.  It will then use the "marked card" information to obtain the properties from the specific ObjectID, to populate the form.  If the Form is an Object Editor form, then the object type used to set that form up must match the object type that has been clicked through.

If, on the other hand, the form being clicked through to is a Grid, then the information held on the "Marked Card" will be used as the "root" for the Data Source that is bound to the Grid (we call this the "Forms Key").  In which case the following grid will return - all of the items that can be accessed with the grids data source, from the source objectID.

Ther are six different Action Types.  Each of them is configured using Action Designer, explained individually in separate Help Resources